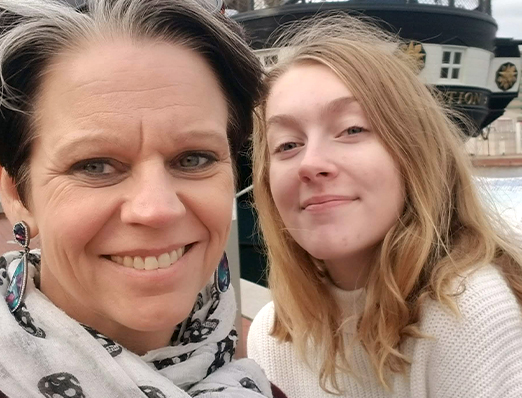 When A Debilitating Disease Put Polly In A Wheelchair, Plasma-Based Treatment Got Her Back On Her Feet

Polly spent her 12th birthday at the hospital, paralyzed from the shoulders down. A plasma protein therapy helped her fight a rare neurological disorder and got her back on her feet.

It started with numbness in her fingers. Even simple things like tying her shoelaces were becoming harder. Polly didn’t know what was going on, but as a pre-teen, neither her family nor her doctors thought much of these nuanced symptoms and chalked it up to “growing pains.” Over the next 9 months, Polly’s condition worsened until she could no longer feed herself, walk to the bathroom or even stand up. Her doctors couldn’t figure out the cause, and her worsening symptoms were being attributed to everything from low bodyweight to psychological angst. Then, two days before her 12th birthday, Polly became immobile from the shoulders down and was hospitalized.

Luckily for Polly, she was finally diagnosed with chronic inflammatory demyelinating polyneuropathy (CIDP) — a genetic disease that attacks nerve tissue and interrupts signals from the brain to the body. If left untreated, CIDP can cause total paralysis, leaving its victims in a physically “frozen” state.

The only treatment for CIDP is immunoglobulin (IG), which is made from plasma proteins that come from donors. After just a few treatments of IG, Polly started regaining her dexterity and the ability to do simple everyday tasks. Eventually she was able to walk again, and then climb stairs.

Three years later, and on weekly at-home treatments, Polly’s quality of life has vastly improved. She now lives a relatively normal teenage life —including going to school and hanging out with friends, but Friday nights are a little different. She and her mother, Kelly, spend that time administering her treatment at home, which requires time, patience, and a lot of needles. Despite that, they both say that the whole ordeal has brought them closer than they could have ever imagined.

Though Kelly sees Polly’s treatment as a battle of numbers, she’s relieved they finally have the upper hand against the illness, and that her daughter has a bright, full future ahead of her. Polly was into art and music before her paralysis and now every time she picks up a paintbrush or strums her guitar, she’s reminded of what it meant to have the things she loves taken away. She is eternally grateful for the treatment that comes from plasma proteins, and for all the “good people in the world” — referring to donors that have given her life back.