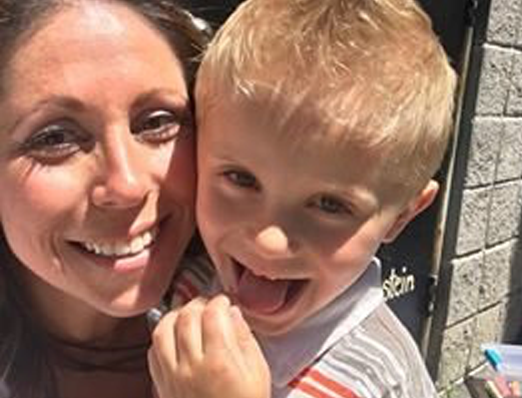 Michelle Was At Risk Of A Dangerous Brain Bleed, But She Defied The Odds

Michelle’s immune disorder prevents her blood from clotting normally, resulting in excessive bruising and internal bleeding. Her plasma protein therapy helps her manage the illness so she can care for her young son.

Michelle was 29 when she was first diagnosed with Idiopathic Thrombocytopenic Purpura (ITP). Her illness got so severe that she was bleeding from the inside and covered in countless bruises. Along the way, her doctors even discovered that she had a primary immunodeficiency that was present prior to her ITP diagnosis. In fact, that condition had attacked her immune system so severely that she had a series of sinus infections that wouldn’t respond to antibiotics.

For the past 18 months, Michelle has been receiving intravenous immunoglobulin treatments every four weeks, in six-hour infusions, to help her body simply cope with her illnesses. She says life hasn’t been easy — with the side effects, her work schedule and caring for her young son — and can sometimes be scary, but her son gives her the strength to fight.

Between the 130 donations it takes to treat patients like her for a single year and the increased risk of hemorrhages associated with ITP, Michelle is choosing to focus on things within her control. She also underscores the importance of maintaining perspective, keeping a positive attitude, and not taking anything for granted — things that have helped her cope with having a chronic illness.