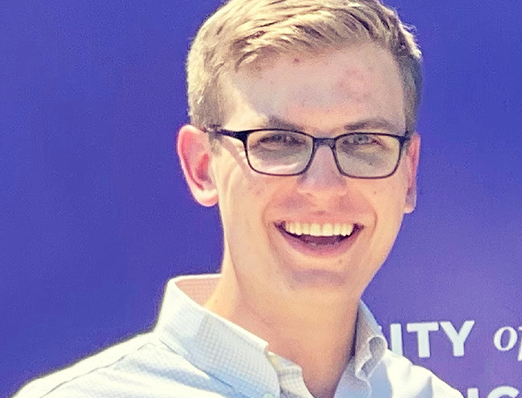 A Single Round of
Plasma Protein Therapy
Was All It Took

WITH TREATMENT 70% OF PEOPLE WITHGBSMAKE A
FULL RECOVERY

Brian was a regular runner but two days after running five miles, he could no longer walk. In the emergency room, he found out he had a rare immune disorder and could have ended up on a ventilator, but a single round of immunoglobulin helped him recover.

Brian, a recent college grad, was a healthy young athlete who loved to run. Having just completed a 5-mile run, he thought nothing of it when he had mild back pain — but it got progressively worse, until he could barely move. He went to the ER, but with nothing more than back pain as a symptom, he was treated for muscle spasms.

When no amount of medication was helping him, and both his X-ray and a non-contrast MRI came back inconclusive, Brian was starting to get nervous. But what could it be?

The ER doctors decided to discharge him, but as he was checking out, he realized he couldn’t even stand up anymore. At that point, everyone realized this wasn’t muscle spasms and Brian was seen by a neurologist who admitted him for further testing. Hours later, a full-contrast MRI and a spinal test had been completed. The new diagnosis was nerve inflammation.

At this point Brian had been in the hospital about 24 hours, and his symptoms were continuing to deteriorate. Brian recalls that, up to this point, he had not been overly concerned or scared about the whole experience, but when his heart rate and breathing started getting irregular, and they rushed him to the ICU, for the first time he was truly frightened that something big was going on.

It wasn’t until a third neurologist saw him, that he was finally diagnosed with Guillain-Barré Syndrome (GBS) — a rare immune disorder that can cause muscle weakness and even paralysis. He received Intravenous Immunoglobulin (IVIG), a treatment made from blood plasma that can only come from donors. The treatment was administered over the course of about a week while Brian stayed in the hospital, after which he was transferred to a rehab facility.

Two weeks later, Brian finally walked out of the hospital (with the aid of a walker). Six months later, although not running just yet, he was walking unassisted and looking forward to the near future when he can get out and start running again.

Brian had no idea what GBS was. After the experience, he learned it’s an incredibly rare condition that damages nerves and affects about 20,000 people in the U.S. each year. It can be acute or chronic. Luckily Brian’s case was acute and after his in-hospital IVIG treatment, he is hopeful he never experiences a relapse.

While the cause of GBS isn’t certain, what is certain is that the plasma-derived IVIG gave Brian his life back, and that is thanks to donors who give the plasma that is used to make the medicine.