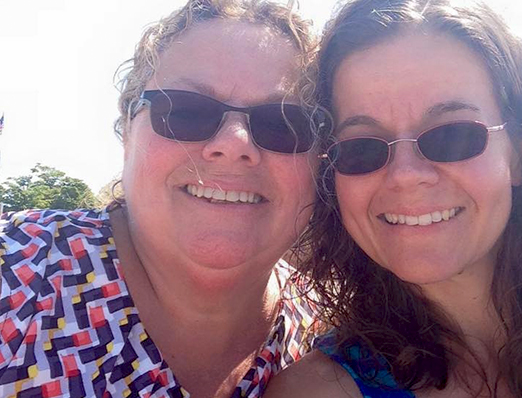 Amber Began Donating For Her Mother, But Realized The Need Is So Much Bigger

Amber started with a goal of donating plasma 10 times to honor her mother, who received plasma to help combat a rare auto-immune disease. When she learned plasma treatments actually take hundreds, and sometimes thousands, of donations, she decided to keep on giving.

As a teacher, Amber knows a lot about … well, a lot! But like so many people, she had no idea what plasma really was — at least not until her mother underwent ten rounds of plasma treatments for a rare auto-immune disease. Although her mother ultimately lost her battle, Amber fondly remembers how her mom would improve following each treatment.

Looking for meaning in her grief, Amber came up with the idea of donating plasma in her mother’s memory. She set a goal of 10 donations to honor the ten rounds of treatment her mother had received. Upon learning that it can take hundreds, even thousands, of donations to create different types of plasma-based therapies, she decided she could do more. So she upped her goal to 100.

Each time she returned to the donation center, she used the time to reflect on her love for her mother and to learn more about plasma. What it is, what it does. She had no idea it could be used for so many different types of medicines and therapies, and that it was so needed.

She began sharing her goal and learnings with friends on social media. People were surprised to learn of plasma’s importance and even started donating too!

Amber’s cousin also came forward to thank her for donating. Though she knew her cousin had a chronic illness, Amber had no idea her cousin was benefiting from intravenous immune globulin, or IVIG, a treatment made from plasma that can only come from donors.

And the donation process? Amber finds it to be simple, predictable, and safe, and encourages everyone to read up on it and go donate. She uses the time to listen to the music her mom loved and “spend time with her.” She also donates the compensation she receives to a local pet shelter where her mom volunteered.

As her 100th donation approaches, Amber reminisces how seeing her mother’s vitals improve after each of her treatments made plasma a beacon of hope for her. However, it was only when she began sharing with friends and family that she realized how important plasma is, and how many different people rely on it.

Will Amber be stopping at 100? She says, “Absolutely not!”